Hi! There are currently no services happening right now. Our next service will be happening on

In the meantime, you can catch the replay of one of our recent services:

This service was previously screened on March 21, 2021 and it features the sermon, “The Healing Power of a Joyful Heart,” preached by Pastor Prince on August 6, 2017. We pray you are greatly blessed by the service.

*If you are viewing this page during one of our service timings, click here to be part of the live experience. 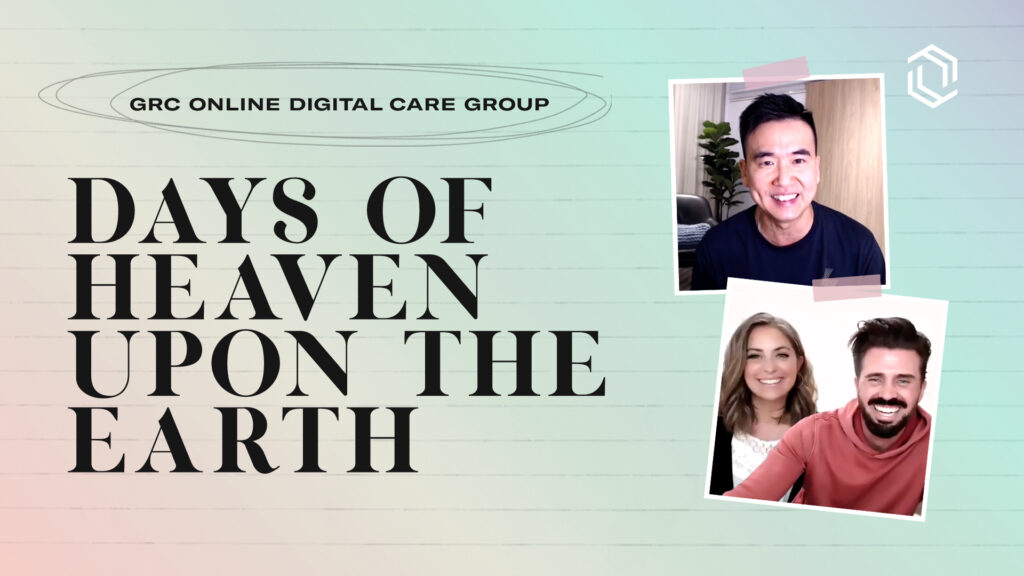 Days of Heaven Upon the Earth

In this care group session, our GRCO Pastors, Pastor Josh Holohan and Pastor Darren Sim, talk more about the theme: Days of Heaven Upon The Earth.

No hate speech or bullying

Bullying of any kind isn’t allowed, and degrading comments about topics such as race, religion, culture, politics, sexual orientation, gender or identity will not be tolerated.

No promotions or spam

Self-promotion, spam and irrelevant links aren’t allowed. No solicitation for donations, fundraisers or any other form of canvasing/campaigning allowed.

No putting others at risk

Prayer request that might compromise the identity or safety of vulnerable persons will not be publicly approved but will be prayed for privately by the pastoral team.